The saying of “not all heroes wear capes” is by far an overused expression that completely fits in with this scenario however. We are glad that there are still people out there who would put their lives in danger to save the helpless, especially animals? This story is truly astounding as this man actually put his life to risk to save that of an animal’s. No, we don’t recommend you going ahead and trying this, but it definitely is a beautiful story. 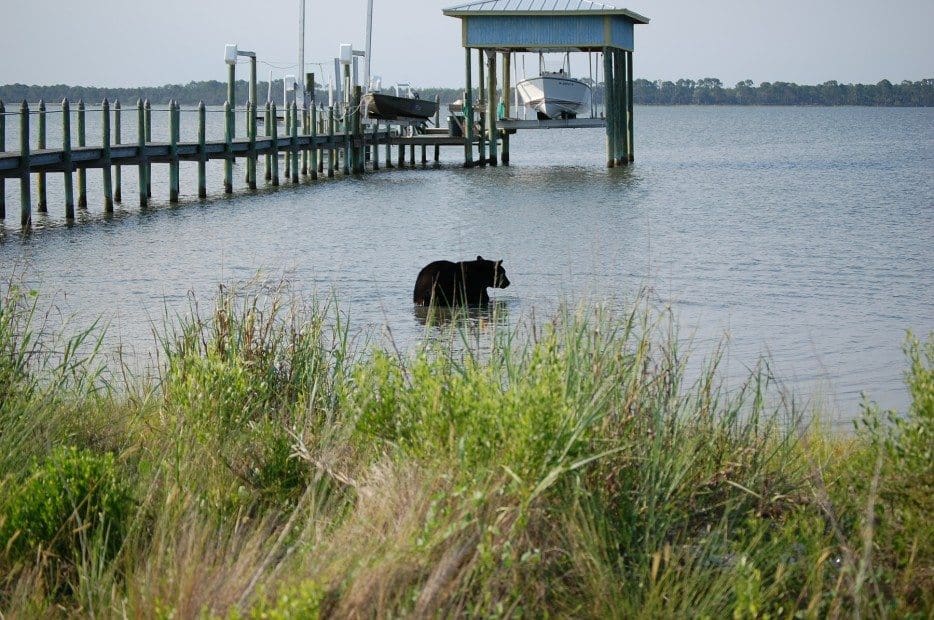 Wildlife experts from Florida Fish and Wildlife Conservation Commission were warned that a bear had wandered off in a neighborhood area. The team of course got to working in bringing the creature back to its natural habitat. 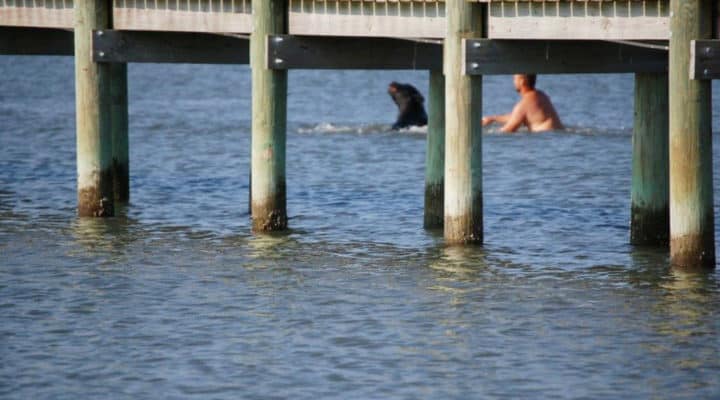 They shot the bear with a tranquilizing gun to make the rescue a little simpler. Things got out of hand however when the bear panicked and decided to jump in the water. As the bear was swimming away, they noticed that the tranquilizer was making it lose focus and he had started to start falling asleep. At this point, he was at the risk of being drowned. At that moment, the team noticed the severity of the situation and that if they wouldn’t act fast, the bear was at the risk of losing his life as he had already started to wander off and dip his head in the water. 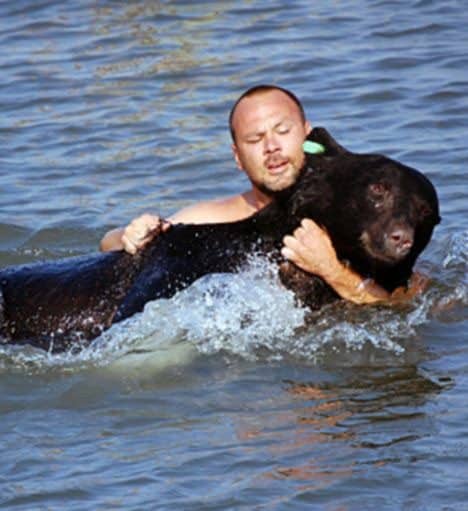 Just when they thought all hope was gone, biologist Adam Warwick came out of nowhere, jumped in the water and started swimming toward the bear’s direction. He said he just wanted to get in front of the bear and prevent it from drowning. People couldn’t believe that he was putting his life at risk to save this bear as at this point the bear was still semi-conscious and if he wanted to, he could have torn Warwick to pieces in no time. 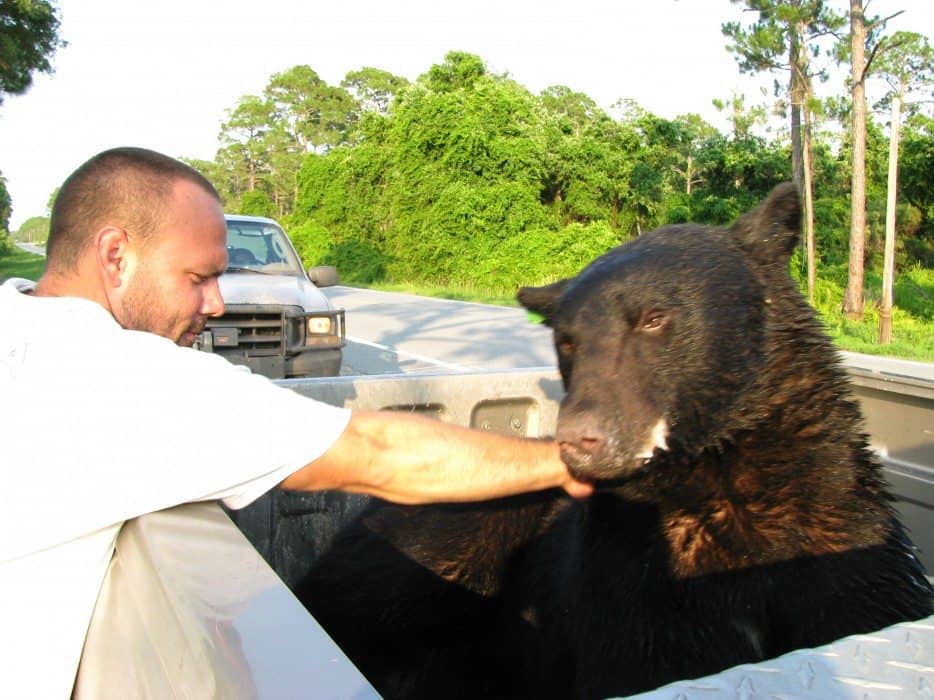 “I got in front of him, tried to create some splashing and some commotion and tried to get him to go back to shore. But he wasn’t having any of that. The scariest part was probably when he decided — he started looking at me as if he wanted to climb up on me to keep from drowning and, at one point, he reared up on his hind legs, so I’m looking at a six-and-a-half-foot-tall bear. Instead of lunging forward, he fell straight back and was submerged for a couple of seconds and, that’s kinda when I moved in.” When Adam got to the 375 pound bear he managed to grab a hold of him and drag him to the shore, at the same time ensuring that he is keeping the bear’s head above water. The bear has been taken to Osceola National Forest. Adam, thankfully, suffered only a minor cut on his foot and a single scratch from the encounter with the bear. Adam is by far the hero of the day.