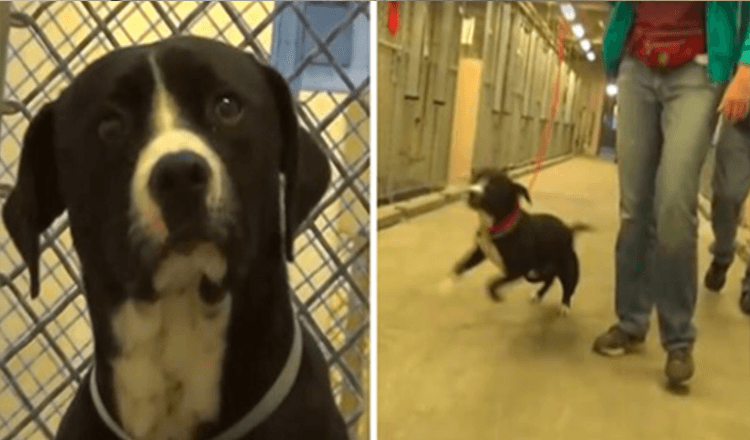 If you have a soft spot for animals in need, there is a video of a rescue dog from the Carson Shelter in Gardena, California, that will certainly make you cry.

The moment a pitbull “realized” he was being adopted was captured on camera by staff at the Carson Animal Shelter, and the touching reaction will tug at your emotions.

Benny, the pitbull, was brought to the Carson Animal Care Center when he was only eight months old. Benny’s luck changed when a family came into the shelter and decided to adopt him. Benny was given a forever home by an unnamed family, and the moment he walked out of his kennel to freedom was captured on camera by staff members.

“This amazing little dog captured the hearts of everyone who stopped by his kennel,” the Saving Carson Shelter Dogs captioned the touching video. When this lovely family opted to take him home, he hit the jackpot. Thanks for all of your SHARING, and check out his FREEDOM WALK, which is full of jumps and tail wags! BENNY, have a wonderful life.”

At first, Benny seems a little cautious. However, the moment he realized that he had been adopted, his tail began to wag non-stop. And to add to the happiness of the moment, Benny then began to repeatedly jump for joy.