When a dog ran into Officer Christopher Bisceglia, he was doing his normal duty. The Scottish Terrier began barking excitedly at the man in Orange, Massachusetts, because he desperately needed something while continuing to point the man in uniform in a certain direction. 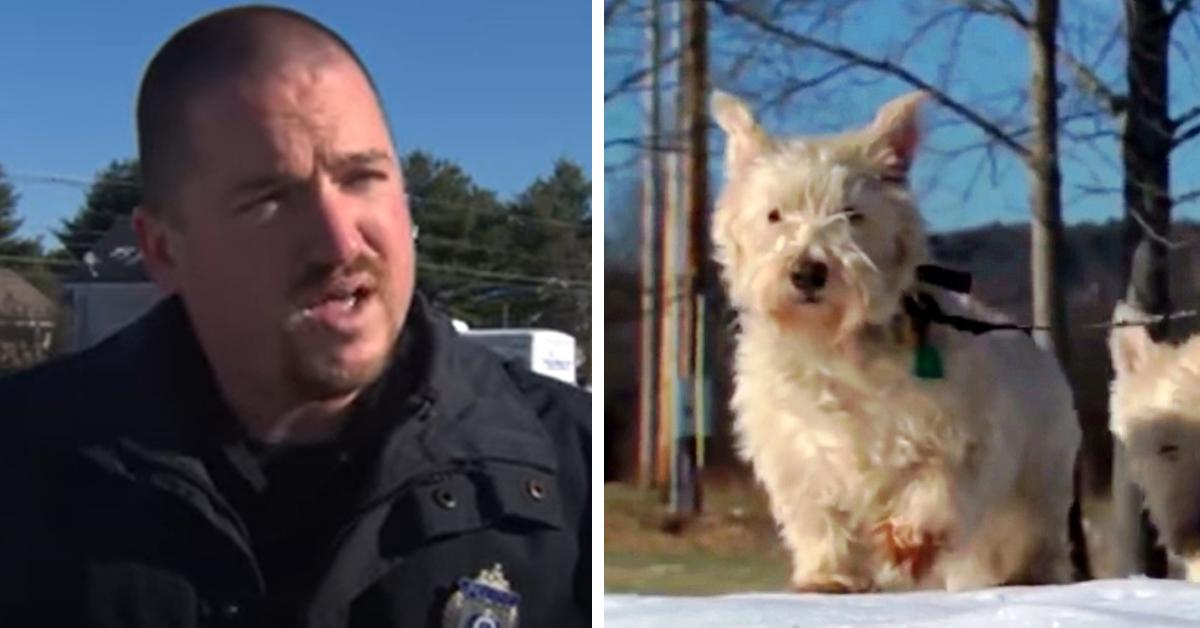 The officer sensed that the dog needed help, so he started following him. The officer followed the dog for a long distance until he stopped on a frozen, swampy embankment and started crying to let the officer move to help another Scottish terrier, who was buried and trapped in the snow! 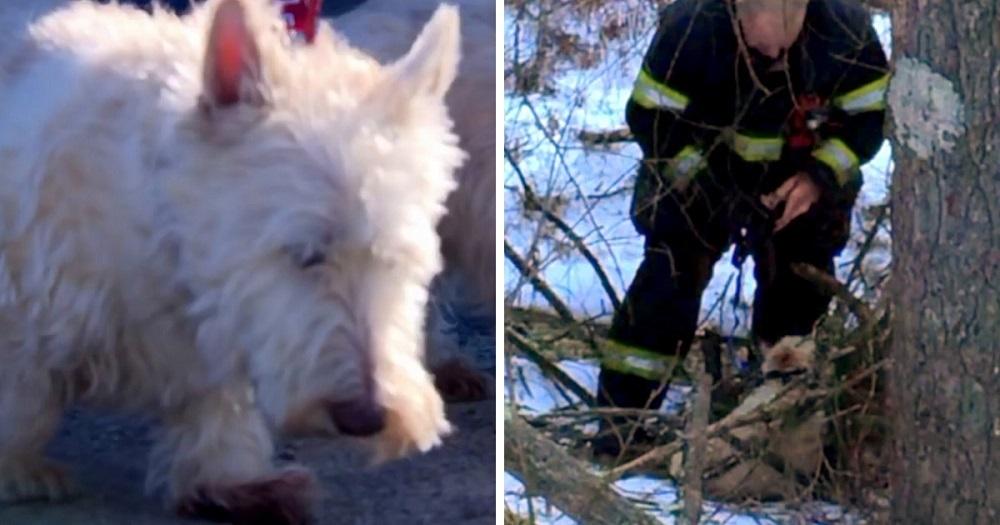 Firefighters intervened on the spot to rescue the stranded Scottish terrier. In addition, it was later discovered that the dog ran away from his former owner’s house in a panic after being rushed to the hospital for an emergency. The sisters’ two dogs, Annabelle and Jacques, are doing well despite some of the injuries Annabelle has sustained since falling into the embankment. Jacques and Annabelle will be under veterinary care until their owners are discharged from the hospital.