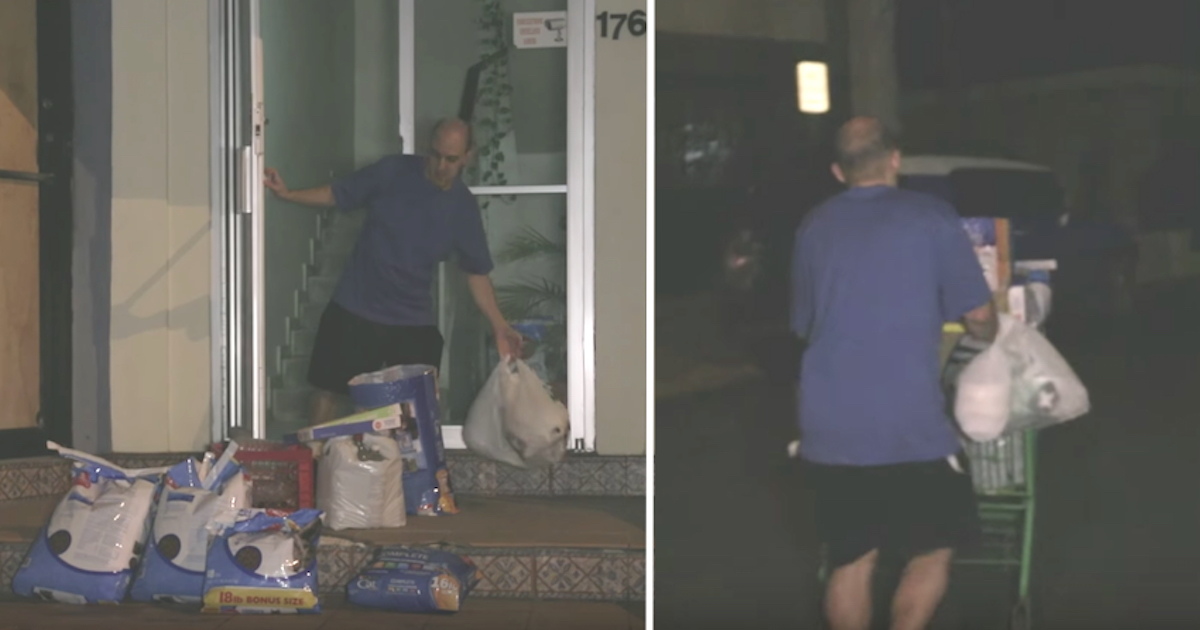 Glen Venezio moved to Puerto Rico more than a decade ago, and he was surprised to see so many stray cats roaming the streets. He wanted to do something to help these animals and decided to use his money and donations from other animal lovers to feed them. But it won’t suit the locals.

In fact, it got so bad that the locals would yell at him for his attitude. Therefore, he had to go out at night to avoid backlash and harassment. At one point, a police officer also had to start accompanying him along the way.

Glen said that once he opened his eyes to the problem he couldn’t close it and pretended these animals weren’t suffering alone out there. How do you feel about this man’s actions? Which side are you on?